5 Principles of the Islamic Economic System

Economics is an inseparable part of human life. Every day, humans always come into contact with economic activities starts from producing, consuming, or distributing. In this case; of course, economic is fundamental or important for human life.

With these economic activities, humans can fulfill their daily needs such as eating, drinking, householding and carrying out other activities. A poor economy condition, of course, will cause a significant impact on human life such as poverty, theft, crime, and other matters of harm.

Although it is important, economy is not the goal of human life. For this reason, it is only a part of the human life sector and must be based on the laws that God has given. In this case, Islam has principles that are intended for humans so that the economic activity can be fortunate, beneficial, and share mercy for the universe. 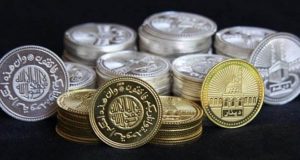 The Islamic economic system is not the same as a liberal economic system or a capitalist that focuses on the economic system, only on the rich and the owners of capital. Poor people are marginalized because they do not have power. Laborers are only considered as capital for the authorities or capital owners.

In essence, of course, this is very contrary to humans who are basically creatures who have the potential to develop and become caliphs on Earth. For that, even though they are workers, laborers, or small people, they are still human beings who must be empowered and independent so that the concept of Islam is not the same as those who are very individualistic and adhere to a free market system or free competition.

On the other hand, Islam is different with the socialist concept. The socialist concept assumes that everything on the face of the Earth must be adhered to an equal system of taste because this is considered justice. Of course, Islam does not adhere to such a thing because, in the concept of Islam, individual rights remain respected and upheld without overriding the concept of justice on the social.

For this reason, in the Islamic concept, there are rules and systems of zakat, infaq, shodaqoh as a social system that applies to property owners. Zakat and infaq are proof that Islam respects individual rights and promotes social care as an economic balance.

The Foundation of the Islamic Economic System

“Say:” Who gives you sustenance from heaven and from Earth?” Say: “Allah”, and indeed we or you (polytheists), must be in truth or in a real error.” (Surah Saba: 24)

In the principle of Islamic economics, the principle of monotheism is a principle that is very basic for economic sustainability. In the verse above, it is explained that human activities and sustenance in human life are never separated from what God gives. All kinds of activities return to God who indeed created humans and all the contents of this world.

Human endeavor and strategy in the economy, God warns that it is God who regulates and gives. Of course, without the sunnatullah that Allah has ordained, humans will not be able to carry out an economic life. Everything depends on the law of sunnatullah such as the mechanism in nature, the regulation of the human life cycle, etc.

“And spend (your possessions) in the way of Allah, and do not drop yourself into destruction, and do a good thing, for verily Allah likes those who do a good thing.” (Surah Al Baqarah: 195)

One example of this principle of usefulness is God’s prohibition on the economy through gambling. Gambling is an activity that is very speculative, exhilarating, and detrimental because there is no human effort, justice between each other, and optimization of the resources that God has given.

The distribution of property to people in need is certainly not 100%. There are compulsory assets that must be issued and some are sunnah and voluntary. Of course, the value of the reward will be different if given with assets that are quantity and quality, and in accordance with the needs or problems of the ummah at that time.

Islam is oriented to social problems. One aspect that makes the Islamic economy socially oriented is the existence of rules regarding zakat, infaq, and shodaqoh. Even God provides motivation and also encouragement for many property owners to issue it to people who are unable, and raise the degree of these people. Even God told the wealthy people to live a simple life and not to lose so as not to lead to pride and vanity.

In essence, the principle of the Islamic economic system is oriented towards humanity. This can be seen from either the Asnaf or the recipient of zakat. Islam raises and orients social funds to the needy and the poor, slaves, people who cannot afford to pay debts, converts, people on the journey, and also Fisabilillah. Asnaf is given zakat so that they can live a better life and according to their standard of living. Of course, this really upholds humanity.

Marketing Ethics in Islam and its Principles

The Law of Sadaqah to Non-Muslims and Its Proposal

All You Need to Know about Islamic Law...