Sunnah Fasting in the Month of Muharram that You Can Commit 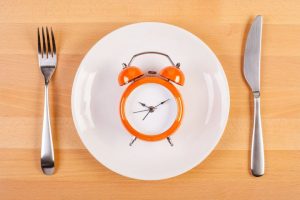 Fasting is one of the Sunnah of worship are recommended. According to the understanding, fasting is to refrain from hunger and thirst, as well as from all things that are able to cancel fasting from sunrise to sunset. The benefits of fasting are more than just resting the stomach. But more than that, fasting can be a suggestion to trains yourself to be more patient and simpler.

“The most important fast after Ramadan is fasting in the month of Allah (syahrullah) Muharram. Whereas the evening prayer is the most important prayer after the fard prayer” (HR. Muslim, no. 1982).

So, what are the kinds of Sunnah fasts in the Muharram Month?

Check out the following in full!

Monday Thursday sunnah fasting is fasting which is carried out on Monday and Thursday in every week. Except the day coincides with Eid al-Fitr, Eid al-Adha and Tasyrik which are forbidden to fast.

The virtue of fasting Monday Thursday is in the following argument.

From ‘Aisyah radhiyallahu‘ anha, he said,

Fasting Tasu’a falls on the 9th of Muharram and Fasting ‘Ashura falls on the 10th of Muharram. Both of them are the sunnah fasting which is highly recommended by the Rasulullah sallallaahu  alayhi wasallam. Fasting Tasu’a is to againts the fasting of the book expert. Whereas fasting y Ashura can erase sins a year ago. As stated in the following hadith.

Narrated by Ibn Abbas RA, he said, “When the Prophet Muhammad fasted on the day of ‘Ashura and ordered the Companions to fast on that day, they commented,’ O Rasulullah, truly the day ‘Ashura is a day that is glorified by Jews and Christians.’ Rasulullah SAW also replied, ‘Then, next year, God willing, we will fast on the ninth day’. And the year is yet to come, but the Prophet (SAS) has passed away “(HR. Muslim no. 1916).

The argument about the virtue of Fasting ‘Ashura is as follows.

“From Abu Qatadah Al-Ansari RA, Rasulullah SAW was asked about the fast of the day ‘Ashura, so he said:” Fasting ‘Ashura can wash away small sins a year ago” (HR. Muslim no. 1162).

That’s some recommended sunnah fasting in the month of Muharram. May we all be able to practice it well. We should study the terms and conditions before run the sunnah fasting so that it does not become a kind of futile charity in Islam.

It would be better if you started this month of Muharram by reading the early prayers of Muharram and multiplying good deeds.

How to Purify Impure Mughallazah According to Islamic Sharia

The virtue of Fasting Tasu’a in Islam and its theorem

5 Benefits and Virtues of Fasting based on...

Let’s Have Better Understanding About Animals Mentioned in...

5 Duas To Avoid Anger In Islam

Explanation of Parenting In Islamic Perspective

Is It Haram To Use Perfume With Alcohol?

Ruling On Praying With Gaps Due To Fear...

5 Islamic Ways To Wish Someone A Happy...