Shalat (Prayer), A History and Philosophy 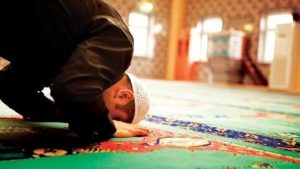 In Arabic, shalat means pray. According to terminology, shalat is a series of prayers for muslim that starts with takbiratul ihram and ends with salaam. It’s a ritual that muslims do five times a day.

Shalat was brought by Prophet Muhammad SAW from an event of Isra Miraj. However, it was done by some earlier prophets and was mentioned implicitly in some verses of holy books.

There are also different references about the prayers of the prophets. What we can take note is that prayer is a form of the gratitude upon the blessings from Allah Almighty. Finally, the 5 prayers become the obligation for muslims who follow Prophet Muhammad SAW.

It’s a mandatory for all muslims to pray five times a day on the specified time, as shown below:

Besides the 5 fardhu prayers time, there are also sunnah prayers. Although sunnah prayers are not compulsory, they’re highly suggested.

In the morning until before Dhuhr comes is the time for Dhuha prayer. It’s not allowed to pray Dhuha right after Subuh time, when the sun hasn’t risen, and when the sun goes down. Dhuha prayer is like a charity for the body in the morning. Praying in Dhuha time will ease the sustenance and get rid of poverty.

Tahajjud prayer can be done in the night, when it’s the last third of the night before subuh. It’s suggested to pray Tahajjud after waking up from night sleep, but it doesn’t matter to pray before getting some sleep before. Tahajjud prayer is a very special time to pray and will bring many blessings.

The time to pray Witr is after Isha prayer. The number of rakaat is odd, from one to eleven. The most common rakaat for Witr is three. This prayer is supposedly to close the shalat for the day.

When a muslim needs a guidance for a particular purpose, they can pray istikharaah to help them find a way out. Istikharaah can be done in two rakaats anytime except the forbidden times to pray.

There are still so many other sunnah prayers to complete the worship and to gain more rewards.

To be able to perform shalat, these conditions must be fulfilled

Here are the words and the movement that form shalat. Leaving one of them will make shalat unaccepted.

Things that cancel the prayer

These are things that can cancel the prayer.

What can we get from shalat? There are so many blessings we can get if we maintain shalat. Abu ‘Aliyah once said

“There are 3 things in shalat that if it doesn’t exist, shalat won’t mean anything. Those are ikhlas (sincerity), fear, and dzikr to Allah. Ikhlas leads us to ma’ruf (kebaikan). Fear prevents us from bad will. Dzikr through Al Qur’an commands and forbids of any deed.”

That philosophy tells us if we pray sincerely, we will find peace and it will grow the feeling to do good things. Fear will make us think twice about doing bad things because we understand the consequences. If we understand the meaning of what we read in shalat, we will know shalat is the way to erase sins and increase our devotion.

By maintaining shalat, someone can be safe from getting lost. The world is full of temptation to follow the lust. Following the lust like drinking khamr, having free sex, doing drugs, stealing, murdering, etc. are what we might do if we get lost in malice. Devil will try to invite us to do evil things we don’t guard ourselves. Shalat is a protetion from devil’s whispers.

Tips for a mindful prayer

Though it seems simple, shalat in mindfulness isn’t easy. In the middle of shalat, it’s very often we think about something else. That makes us lose our concentration. However, we can try to minimize those intrusive thoughts in the midddle of shalat through these tips.

Those are some insights about Shalat (Prayer), A History and Philosophy). Allah knows best. Wallahu a’lam.

Fasting In Islam, From Ramadhan to Daily

Get to Know Various Islamic Day In A Year