The Benefits of Muharram Fasting that Every Muslim Must Know 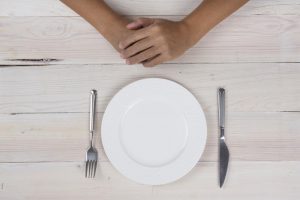 One of many months in the Hijriah year which is glorified by Allah Subhanahu wa ta’ala is the month of Muharram. On this month, in addition it is recommended to achieve the reward of those who sympathize orphans, Muslims are also encouraged to fast sunnah.

There are some sunnah fasting that can be run namely fasting on Mondays and Thursdays, Tasu’a Fasting and Fasting ‘Ashura. Each type of sunnah fasting has their own extraordinary benefits.

What are the benefits of fasting Sunnah in the month of Muharram?

Read this for brief explanation

Actually fasting on Mondays and Thursdays this can be done at any time while in the permissibility of fasting. However, there is no harm if we review in practice sunnah in the month of Muharram.

“There various practices are presented (to Allah) on Mondays and Thursdays, so I like it when my deeds are confronted while I am fasting.” (HR. Tirmidhi no. 747. At Tirmidhi said that this hadith was hasan ghorib. saheeh lighoirihi (saheeh seen from other paths. See Shahih At Targhib wa At Tarhib no. 1041)

From ‘Aisyah, he said,

” Rasulullah sallallaahu‘ alayhi wa sallam used to put choice fasting on Monday and Thursday.” (HR. An Nasai no. 2360 and Ibn Majah no. 1739. Shaykh Al Albani said that this hadith is authentic. See Shahihul Jaami’ no. 4897)

One of the benefits of the virtue of fasting on Mondays and Thursdays that is closer to Allah subhanahu wa ta’ala.

The specialty of the month of Muharram is for their suggestion Tasu’a Fasting and Fasting ‘Ashura, which falls on the 9th and 10th of Muharram. In 2019, this sunnah fast was held on 9 and 10 September 2019.

From Ibn Abbas radhiyallahu ‘anhuma said:” Rasulullah sallallaahu ‘alayhi wa salam arrived in Medina, then he saw the Jews fasting on the day‘ Ashura. He asked them: “What’s going on here?”

They answered, “This is a good day. On this day Allah saved the Children of Israel from their enemies. So the Prophet Musa fasted today. “

Rasulullah sallallaahu ‘alayhi wa salam said,” I am more worthy of the prophet Musa than you. “So he fasted‘ Ashura and ordered the Companions to fast ‘Ashura.” (Narrated by Bukhari no. 2204 and Muslim no. 1130)

As stated in the argument above, the virtue of Fasting Tasua is to exclude Jews. Because at the time of prophecy, the Jews have a habit of fasting on the 10th of Muharram only.

After running Fasting Tasua, also recommended to continue the practice sunnah fasting ‘Ashura. There is a special glory for those who run it, the reward of being able to wash away sins a year ago, as stated in the following argument.

That is a review of the benefits of fasting the sunnah in the month of Muharram that you can find out. May Allah give us the opportunity to practice it. Aamiin

3 Groups of Impure in Islam and How to Clean It

The Intentions of Fasting Tasu’a And Ashura and Their Evidence

5 Prayer to Protect Yourself from the Bad...

7 Prayer For The Deceased Family In Islam