The Law of Dating in Islam and Its Verses 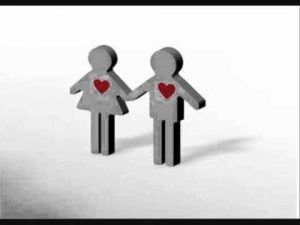 Parents are the main side that must teach and control the children behavior. If a child is given a freedom that is too free in the social intercourse, then it will have a negative impact for the child as well as the parents.

One of the forms of promiscuity that is forbidden is dating. Why is it forbidden? Because there are no verses that allow dating in Islam. There is only a verse about the prohibition of dating because of the mudharat that is caused by it.

Islam Regulates the Relationship Between A Man and A Woman

Islam has regulated everything between a man and a woman. Everyone must know the boundary of woman aurat as well as the boundary of man aurat in Islam because covering aurat is an obligation for every people.

Besides the obligation of covering aurat that is in accordance with a certain boundary, Islam also regulates the relationship between a man and a woman. They obligate to look down from other than their mahram. Mahram in this case is someone who is forbidden to be married forever.

“Tell to the men who believe: “They must hold their look and keep their private parts; that is purer for them, indeed Allah is Omniscient with what they do.” (QS. An-Nuur [24]: 30)

In the continuation of this verse, Allah also said,

In Islam, dating is a deed that is close to adultery. Because there are many prohibitions in it, such as looking at each other that is not mahram, touching and other things that are more prohibited.

There have been many cases in the society where dating becomes the beginning of adultery outside marriage to cause a pregnancy, murder and other crimes. Naudzubillahmindzalik!

Marriage Is the Best Way

Love should not be a reason for dating before marriage. People who really love someone, then nothing is better for both of them than marriage. Know about the verse of marriage in Islam below.

“O all youngsters, whoever among you has been able to ba’ah[3] should get married, because marriage is more look down, and more respectful. Whoever has not been able to get married should fasting because fasting is wijaa’ (the lust breaker) for them.” (Hadith Al-Bukhari 4/106 and Muslim no. 1400 from Ibnu Mas’ud)

Ba’ah in this verse means those who are able to get married with the various preparations.

The Law of Killing Ants According to Islam and Its Verses

3 Groups of Impure in Islam and How to Clean It

All You Need to Know about Islamic Law...

7 Things You Should Not Do During Hajj...