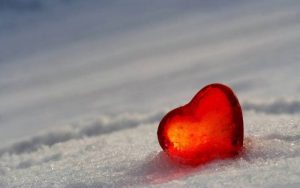 There is not a single creature that does not get problems in his life, especially human. Even the Prophet has problems that will come to him.

However, in Islam, the problem is not a burden that will trouble even bring down a servant, but as a ladder to increase the faith in Allah SWT. As a Muslim, we must also be able to make our hearts calm in facing problems so that another problem does not come up. The following are some ways to make your heart calm in facing problems:

In facing any problem, we should always remember every mistake and sin that we have made. Maybe the problem that comes up is because of the mistake that we have made before. Therefore, multiply asking forgiveness by saying istighfar. The Prophet said,

“Whoever multiplies istighfar; certainly, Allah gives a way out for every sadness, spaciousness for every narrowness and sustenance from unexpected direction.” (Hadith Ahmad and Ibn Abbas and his sanad is considered valid by Al-Hakim and Ahmad Syakir)

By multiplying istighfar, then the heart will be calmer so that the problem is easier to be solved.

“O believers! Remember Allah, remember (His name) as much as possible, and do tasbih to Him in the morning and evening.” [Al-Ahzab/33: 41-42]

There is no power and effort other than only Allah who can. Therefore, we all must be tawakkul, surrender ourselves to Allah in facing every problem. Allah said,

“And whoever is tawakkul to Allah, then He is Sufficient for him.” (QS. At-Talaq: 3)

There is nothing better to do to calm the heart except by worshiping. One of them is shalat. Allah has promised to help His servants that are in trouble if they are patient and shalat.

“O believers, make patience and shalat as your helper, indeed, Allah is with people who are patient.” (QS. Al-Baqarah [2]: 153)

In the book of La Tahan, Aid Al Warni said that when the Prophet was struck by fear and anxiety, then he would always shalat. He once said to Bilal that his calmness is in shalat.

After shalat, another way that is the most appropriate to calm the heart when there is a problem is by multiplying prayer. Prayer is the weapon of a believer in facing every problem. The Prophet always asked for help through his prayers.

“O Allah, calm my heart and make me the one who gives a clue and gets a clue.” (Hadith Al-Bukhari)

Qur’an is a holy book that will always calm the heart if it is read well.

“Qur’an is the perfect healer of all heart and physical illness, as well as the world and afterlife illness. And not everyone is given the expertise and tawfik to make it as a medicine. If a sick person is consistently treated with it and puts on his pain with full of honesty and faith, perfect acceptance, sturdy faith, and perfecting the conditions, certainly, any illness will not be able to face it forever.”

Remember that there is no human whose level of faith rises without getting a test. Therefore, believe that everyone has a different test. Be grateful for the current condition because there are many people out there who have problems that are more difficult and heavier.

Maybe you have a problem, however you can still eat, drink, walk. Of course there are people who cannot enjoy those pleasures anymore, whether it is because of sick or age. Then, multiply grateful to Allah SWT.

Imam Abu Jarir Ath-Thabari interpreted this verse with a narration from Qatadah, “Ghafur means Allah is Forgiving towards sins, and Syakur means the Reply of Goodness so that Allah multiplies the reward.” (The Interpretation of Ath-Thabari, 21/531)

Alms can make the heart calmer. With alms, we will also open the way wider from the existing solution to solve the problems.

“In fact, they were not commanded except to worship Allah by purifying the obedience to Him (meaning: sincere) in (practicing) religion with straight, and so that they establish shalat and fulfill zakat; and that is the straight religion.” (QS. Al-Bayyinah: 5)

Apparently, silaturrahmi can also make the heart calmer. This is because silaturrahmi will ease the way of our sustenance including the ease in solving the problem.

“Whoever is pleased to be expanded his sustenance and extended his age, then establish the silaturrahim bond (relations between relatives).” (Hadith Bukhari no. 5986 and Muslim no. 2557)

Those are the 8 ways to make your heart calm in facing problems and its verses. That is all for this brief article. Hopefully it is useful and increases our faith in Allah SWT. Aamiin.

6 Manners of Sacrifice in Islam for Muslims and Its Verses

4 Ways to Know Yourself Before Knowing Allah and Its Verses

5 Important Roles of a Husband in Islam

5 Signs of Good Husband in Islam You...

How to Strengthen Silaturahim in Islam in 5...

5 Dua for Solar Eclipse in Islam Based...

5 Benefits of Reading Surah Yaseen for the...

5 Benefits of Memorizing 99 Names of Allah

How To Deal With A Spoiled Child in...

How to Teach Salah to Toddler in Easier...

How To Perform Ruqyah on Yourself?