The Function of Hadith As A Source of Islamic Law

In Islam, there are three kinds basis for legal sources, including the Qur’an, Hadith, and also Ijma. We will discuss the hadith as the foundation of Islamic law after the Qur’an and also makes the main source of Islamic teachings.

Hadith Serves as a Source of Islamic Law 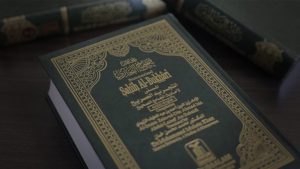 Hadiths that have a function as a source of Islamic law and hadith are descriptions of everything written in the Islamic Scriptures, namely the Qur’an in its entirety or globally, brief and also vague. That way, the holy book of the Qur’an and also the hadith becomes a unity to guide humanity, especially Muslims, which is one of the basic sources of Islamic law and by applying the Source of Islamic Shari’a is one of the happy ways according to Islam in the life of the world.

This has been confirmed about the function of the hadith in Islam in the Qur’an: “Whoever obeys his Prophet (Muhammad), then, in fact, he has obeyed Allah. And whosoever turns away (from obedience, then (know) We do not send you (Muhammad) to be their caretaker.” (Surah An-Nisa’ : 80) The point is the Prophet should not be responsible for our actions and also does not guarantee that we do not make mistakes.

Allah SWT also said, “What the Prophet gave you, accept it. And what is forbidden to you, then leave it.” (QS. Al Hasyr: 7) From these two verses, Prophet Muhammad said, “Allah SWT makes happy the person who hears my Sabbath, then he conveys it to others as he has heard it (meaning not reducing or adding to it). It may be that the person who receives the hadith is better understood than the person who preached it.”

The following will present some evidence if the hadith can explain everything written in the Holy Qur’an in a vague, global manner, and also briefly about the function of the hadith as a source of Islamic law:

Allah SWT said, “Really, the prayer is the prescribed obligation of time for those who believe.” (Surah An-Nisa’: 103) “Read the Book (Al-Quran) that has been revealed to you (Muhammad) and do the prayer. Indeed, the prayer prevents from vile (deeds). “(QS. Al-Ankabut: 45)

In the verse above Allah SWT does not provide an explanation of the number of rak’ahs in prayer and also how the procedures are implemented. Therefore, Prophet Muhammad explained in the form of actions or practices or words. Prophet Muhammad SAW said, “Pray for you as you see me praying.” (Narrated by Bukhari)

Allah SWT said, “Carry out prayers, raise zakat, and bow down with those who bow (meaning prayers in congregation).” (QS. Al-Baqoroh: 43) “So that you may be given mercy.” (Surah An-Nur: 56)

The two verses do not clearly explain what items and what should be issued for zakat and also does not emphasize the minimum amount of goods that are charged for zakat, when the time to pay zakat, the percentage. Therefore, the Prophet Muhammad said, “If you have 200 dirhams of silver and one year is enough, then the zakat is five dirhams.

If you have 20 dinars of gold and you have had one year, then the obligatory zakat is 0.5 dinars.” (Narrated by Abu Dawud) Prophet Muhammad SAW has stated, “It is not compulsory for zakat on one’s property which has not been even one year old.” It is a law on Zakat in Islam that has been written in the Qur’an and is clarified by the words of Prophet Muhammad.

Allah SWT said, “And (among) human obligations to God, is to perform the pilgrimage to the House, which is for those who are able to travel there. Whoever denies (obligation) the pilgrimage, then know that Allah is omnipresent (does not need anything) from all the worlds.” (QS. Ali Imron: 97). The purpose of this verse is one of them is healthy, can and has sufficient supplies to carry out worship and also for families left behind and also with the availability of transportation and on trips that are quite safe.

Allah SWT also said, “And the people of Hajj, and surely they will come to you by foot, or ride every thin camel, they come from all directions far away.” (QS. Al-Hajj: 27) The purpose of the “thin camel” in the above verse is a description of the distance and also the weight of the journey that can be taken by the congregation.

Both verses above do not elaborate on how the process of performing the pilgrimage and when is the right time for the implementation of this pilgrimage. Therefore, Prophet Muhammad gave several examples and said, “Take from me about how to do the Hajj. Maybe I will not meet you after my year.” (HR. Muslim)

Allah SWT said, “As for men and women who steal, cut off their second hand (as) the revenge or the deeds they did and as torments from Allah. And Allah is the Mighty, the Wise.” (Surah Al-Maidah: 38) This verse does not explain the meaning of stealing, also do not explain how the minimum limit of items stolen so that it must be punished by cutting hands, and which hand to cut. Therefore, the prophet explained, “Thou shalt not cut off the hand of the thief, except (for stealing goods) for a quarter of a dinar up.” (Narrated by Muslim, Nasa’i, and Ibn Majah)

The hadith is the source of the second Islamic teaching after the Qur’an, so the law in studying hadiths is mandatory. In this article, we present a number of opinions from the scholars regarding the obligation to study hadiths and also obliged to practice them.

Al-Hakim has stated, “If there were not many people who memorized the sanad of hadith, surely the tower of Islam would easily collapse. Also, undoubtedly the experts of bid’ah try to make hadith maudhu and turn the sanad back and forth.”

Imam Sufyan has said, “I do not know the main knowledge for those who desire to bow their faces before God besides the science of hadith. All people certainly need this knowledge to the smallest problem about how to eat and also drink. In studying, the hadiths it is more important than prayer (sunnah) and fasting (sunnah), because learning this science is fardhu kifayah.”

Imam Sufyan also said that Imam Shafi’i also said, “The knowledge of this hadith is included as the most solid pillar of religion and also has the most firm belief. Not fond of broadcasting, except people who are honest and also cautious. And not hated to proclaim it except by the hypocrites and the harm.”

5 Functions of Money in Islam and Economic Perspective

Economics in Islam and Its Characteristics

History of the Islamic Golden Age Empire in...

A Brief History of the Battle of Trench...

A Brief History of the Battle Of Hunayn

Sunnah Fasting in the Month of Muharram that...

Recognize The Culture Of Islam In Java Island:...

A Holy City of Mecca: A History In...