Home » Islamic Rules » The Inheritance Rights of Stepchildren in Islam

The Inheritance Rights of Stepchildren in Islam

In a marriage, several new relationships arise and widespread kinship. This is in accordance with the purpose of marriage in Islam which is to strengthen brotherhood and expand friendship. By getting married, someone can have a family and a new environment that lives close to him and his partner. If someone is married to a widow or widower who already has children, they will be called a stepparent and her child is called a stepchild.

Stepchildren can take place harmoniously or not depending on each other’s temperament. In Islam, a stepchild actually has differences with biological children and these differences need to be considered especially in terms of inheritance law. For more, details can be seen in the following description regarding the inheritance rights of stepchildren:

Definition of Children and Stepchildren 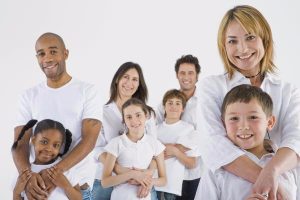 In Islam, children are the result of a marriage that is an important part of his position in the family. Children are a mandate from Allah SWT and the parents of the child are required to care for, raise, and educate the child. Mentioned in articles 45 and 46 of the Marriage Act No. 1 of 1974, marriage carries the law between parents and children which creates rights and obligations between the two, and it is said that it is an obligation for parents to educate and care for their children and know how to educate children according to Islam.

Likewise, the child, he must fulfill his rights and obligations as a child and obey his parents. So from that, we can conclude that marriage not only raises the obligation of the husband to the wife and vice versa but both have obligations towards the child.

Children in a marriage are divided into several groups, namely biological children, stepchildren, and others who mention children outside of marriage or out of wedlock. Stepchildren are children who are obtained from someone’s marriage with their partner who has had a child in the past or a child obtained from a previous marriage. This stepchild can be the child of the woman or the child of the man. Usually, marriages that cause stepchildren are marriages with widows or widowers who already have children. Stepchildren are also the result of divorce from their previous parents because their father dropped divorce to his mother or one of the two died.

In the Compilation of Islamic Law Article 171 states that the law of Marwaris itself is a law that regulates the article of transfer of property from a person to his heirs and the law determines who has the right to receive an inheritance and how much inheritance is received. The inheritance itself is all assets owned by a person who will be delegated to the heirs after the person dies and the property which will be inherited must be used for the costs of management, funeral, and repaying the debt held by the corpse if he owes it.

According to Islamic law, children are one of the heirs who are entitled to inherit from their parents. Children born from marital relations, both boys and girls, have rights to their parents’ property. The biological child was even the legal heir of both of his parents. The law of inheritance in Islam usually states that the closest heir of a person is his child.

This is due to the blood bond of the child with his parents. The bond is called nasab or descent. As we know the child is the flesh of a person born from a biological relationship between his parents after marriage. Even so, if a stepchild of a woman is also a muhrim which means a woman who is forbidden to marry by her stepparents forever.

Stepchildren or children obtained from spouses and from previous marriages are not mentioned to be part of the heirs based on Al-Quran and Hadith. This happens because stepchildren do not have a relationship that can inherit the assets of their step parents. Because getting an inheritance or what is called asbabul mirats only consists of three things, namely:

By looking at the three causes of inheritance above, we can conclude that stepchildren have no right or cannot inherit the assets of their stepparents. The stepchildren are not entitled to inheritance based on the arguments in the Qur’an which is the basis of the following inheritance law.

“Allah gives (obliges) to you about (the distribution of inheritance for) your children, (i.e.) the portion of a boy is equal to the part of two daughters. And if the child is all more than two women, then their share is two-thirds of the assets left behind. If she (the daughter) is just one person, then she gets half (the property left behind). And for the two mothers, each part is one-sixth of the assets left behind if he (the deceased) has children.

If he (the deceased) does not have children and he is inherited by his two mothers (only), then his mother gets one third. If he (the deceased) has several siblings, then his mother gets one-sixth. (Distribution of the above) after (fulfilled) the will made or (and after being paid) the debt. (About) your parents and your children, you do not know who among them has more benefit for you. This is God’s providence. Indeed, Allah is Knower, Wise.”

Stock Law in Islam and How It Works

The Order of Marriage’s Guardians in Islam

6 Benefits of Obeying Parents in Islam

Fasting on a Day of Arafah: History Background,...

Can Adopted Child In Islam Inherit? – A...

5 Rules of Animals Hunting In Islam

5 Rules Of Collecting Debt From Someone Who...

Online Forex Trading In Islam, Is It Allowed?

7 Rules of Sacrifice in Islam That Must...

3 Groups of Impure in Islam and How...

3 Ways to Clean Impure in Islam That...