7 Manners of Associating with the Opposite Sex and Its Verses 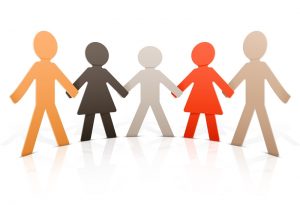 For a woman who wants to communicate with a man that is not mahram, then she should always keep her aurat covered. Do not wear clothes that attract attention that causes a whisper of Satan and even causes to fall into a lust. As Allah says,

“O Prophet, tell your wives, daughters, and the believers’ wives, “Let them extend their hijab to their entire body!” So that they are easier to be recognized, so they are not disturbed. And Allah is Forgiving and Merciful.” (Al-Ahzab/33: 59)

2. It is forbidden to be alone together

There is no prohibition in associating with the opposite sex, however it needs more alertness and caution in doing it. This is to prevent slander and even the fall of the both of them into great sins. One of the manners that need to be obeyed is not being alone together. When there are only two of them, then the Satan will be easier to tempt and whisper various kinds of temptations of sin that seem beautiful. Even though a pious person still should avoid it.

“Let none of you be together with a woman (who is not mahram) because Satan is the third person, then whoever is proud of his kindness and sad with his badness, then he is a believer.” (Hadith Ahmad)

Both men and women, it is better to look down when communicating. This is because in a view, there is a temptation to commit adultery by showing the beauty and enjoyment that actually traps.

“Stabbing someone’s head with an iron peg, it is indeed better for him than touching a woman that is not mahram.” (Hadith Thobroni in Mu’jam Al Kabir 20: 211. Syaikh Al Albani said that these hadiths are sahih)

In Islam, a woman is only allowed to put on makeup in front of her husband. It is the same when associating with the opposite sex. A woman who purposely puts on makeup even wears fragrances to attract men is a woman who is very low in Islam.

“A woman who wears a fragrance then she passes through men so that they smell the fragrance that she wears, then the woman is a prostitute.” (Hadith An Nasa’i no. 5129, Abu Daud no. 4173, Tirmidzi no. 2786 and Ahmad 4: 414. Tirmidzi said that these hadiths are hasan sahih. These hadiths sanad are hasan, said Al Hafizh Abu Thohir)

The Prophet once gave a warning to all of us,

The other manners of associating with the opposite sex are not mingling. We should separate ourselves from the opposite sex when we communicate. As the companions did when they asked the Prophet’s wives.

“If you ask something (necessity) to them (the Prophet’s wives), then ask it from behind the curtain. That way is purer for your heart and their hearts.” (Al-Ahzab: 53)

Those were 7 manners of associating with the opposite sex and its verses that need to know. That is all for this brief article. Hopefully we can protect ourselves by building a strong faith in the middle of the world temptations. Aamiin.

5 Ways to Guard Yourself From Impure in Everyday Life

7 Manners of Defecation in Islam and Its Verses