7 Manners of Becoming the Imam of Prayer and Its Verses 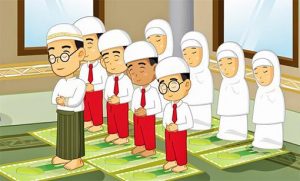 Becoming an imam is not something that can be done carelessly. An imam of prayer must obey certain manners. The following are 7 manners of becoming the imam of prayer and its verses:

1. Prioritizing who lives in the place

It is better if the person who becomes an imam is a person who resides. If he is a comer, then it is better to prioritize a person who has lived in the area for a long time first, unless that person is indeed unable or inviting by himself.

An imam should think of the congregation who is old and has the other needs. Do not prolong the prayer only because of his own desire, meanwhile the congregation’s affairs are blocked.

From Abu Hurairah radhiyallahu anhu, he said, “The Prophet shallallahu ‘alaihi wa sallam said, ‘If the one of you prays and becomes an imam for many people, then he should lighten the prayer, because there are who are weak, sick, old among them. If the one of you prays alone, then he should prolong it at will’.” (This hadith was narrated by Imam Bukhari in his Shahih (2/199), no 703; Imam Muslim in his Shahih (4/184), no. 467 and there is an additional of ash shaghir (some are small))

3. Raising the voice when takbeer

An imam should also raise his voice when takbeer so that people who are in the back row can hear his voice. This is in accordance with what the Prophet had exemplified.

From Sa’id bin al-Haris, he said:

In the story of Imam Muslim from Jabir bin Abdillah, he said:

“The Prophet shallallahu ‘alaihi wa sallam rubbed our shoulders in the prayer (when we were going to pray) and explained: Straighten it and do not bent your rows so that it causes your hearts quarreling.” [Hadith Muslim]

5. Do not pray for yourself

An imam should not specialize the prayer only for himself. Besides slowing down the prayer because he prays for himself in the prayer, this will also cause the congregation annoyed.

“A servant is not allowed to be an imam then specializing himself in a prayer without including others, if he keeps doing it then he has betrayed them.” [Hadith Ibn Majah no. 913]

In Islam, the obligation to take sutrah is in the hands of the imam of prayer. This has also explained by the Prophet. Among others are hadith of Ibn Umar radhiyallahu ‘anhu:

“Do not pray, except by using sutrah (barrier). And do not let someone pass in front of you. if he does not want to, then forbid him, indeed jinn is with him.”

Before starting the prayer, the imam should also advise the congregation so that they do not precede the imam in the prayer movements. This is the part of the knowledge that should be taught by imam.

Imam Ahmad said, “Imam (is) a person that is the most worthy in advising the people who pray behind him, and forbids them from preceding him in bowing or prostration. Do not bow and prostration simultaneously (together) with the imam. However, he should order them to bow and prostration, rise up and get down (that is done) after the imam. And he should be kind in teaching them, because he is responsible for them and will be asked for the responsible tomorrow. And imam should improve his prayer, complete and strengthen it. And it should become his concern, because, if he does the prayer well, then he also gets the same reward as the people who pray behind him. Otherwise, he sins as their sins, if he does not complete his prayer.”

Those were the 7 manners of becoming the imam of prayer and its verses that need to be noticed. Becoming an imam means having a great responsible, therefore, learn each manners first so that it is in accordance with the teaching of the Prophet saw.

6 Manners If Having Nightmares in Islam and Its Verses

The Kinds of Manners in Islam and Its Verses